Our Gospel today is the classic text that we Catholics use to support the authority of the Papacy and, ultimately, the authority of the Church. However, it was only last month that I preached on the importance of the Pope and our continued communion with him, so we are going to talk about our second reading instead.

As a priest, I deal with heavy stuff every week, if not every day. Marriages that are falling apart. Family members who no longer talk to each other. People who have experienced various types of abuse or trauma and do not know how to move forward. For lesser situations, and even sometimes for these more complicated situations, I regularly feel the Holy Spirit moving, giving me answers for the person sitting in front of me. But every now and again, I am at a total loss. I have nothing to say and nowhere to point them. So I simply have to tell them to keep praying about it and asking the Lord for his response.

I think the Lord allows me to hit these blocks for two reasons. First, for my own sake. Not having all the answers is an important reminder that the answers that I do have are not mine anyway. Every answer, every grace comes from the Lord, not from me, and it is important that my profound ignorance be placed on full view from time to time. Second, the Lord will often withhold answers from me for the sake of the person that I am trying to counsel. As St. Paul says, “Oh, the depth of the riches and wisdom and knowledge of God! How inscrutable are his judgments and how unsearchable his ways!” Many times, especially for incredibly difficult and complex situations, the Lord’s answer is too big to come out of my mouth. He needs to speak to the heart of the person directly, in ways that words cannot describe. If his judgements truly are inscrutable and his ways unsearchable, then nothing except direct communication from the heart of the Lord to the heart of his son or daughter will be able to convey his will and his plan for the particularly heavy stuff in life.

Of course, I would add that in every case it is always better to hear from the Lord directly anyway. He has such incredible things to tell us, in the good times and in the bad times, that to not have a regular habit of prayer is to miss out on the “depth of the riches and wisdom and knowledge of God.” However, the Lord wishes to take care of his people, and sometimes people need answers before they have established a regular habit of prayer, which he why he does use members of his Body the Church, including his priests, to minister to people. But please, do yourselves a favor and start praying today!

Nevertheless, to return to the topic at hand, on the assumption that all of us at some point are going to need to ask the Lord difficult questions for which only he can provide an answer, my responsibility is to teach you how to do this.

The first and most important thing is time. We have to give the Lord his time every day, otherwise it is impossible to have conversations about difficult topics. Think about conversations with spouses or parents or kids. Doesn’t it feel a bit jarring to be assaulted with a question out of nowhere? Aren’t the better, deeper, more profound conversations had after we have settled into a conversation, maybe around a campfire, maybe lying in bed, maybe sitting in the living room together? The same is true with the Lord. We have to sit with him, get to know him, learn to recognize his voice. Only then, once we have opened up to him in a small way, will we be ready for him to open up to us in a big way. Only once we have learned to listen to him will he begin to speak.

When I talk to people about this first step of giving the Lord his time each day, I always emphasize that a daily habit is better than a weekly habit. It is better to sit and talk with Jesus for five minutes each day than one hour once a week. This is because we have to develop the habit of bringing our hearts to him and listening to his voice, and daily habits are much stronger and more deeply ingrained than weekly or monthly habits.

Second, once we have begun to give the Lord his time, we next have to start giving him our hearts. So many of us fall into thinking that we are only supposed to come to the Lord with the good things, like thanksgiving or praise. And so we refuse to talk about the bad things with him. But the Lord does not want only part of us, he demands all of us. As St. Paul says, “For from him and through him and for him are all things.” This is not a God who is going to settle for half of our heart. Whatever is going on in our lives, good or bad, we need to bring it to the Lord. This both fulfills to deepest desire of our hearts to return completely to the one who created us and it also makes space in our hearts to receive an answer. God is not going to talk to us about something unless we talk to him about it first.

I regularly have people come into the confessional who fell away from their faith in a time of difficulty or trauma, even to the point of doubting God’s goodness or his existence. When we probe this feeling, it almost always comes out that they resented God for what happened, but never expressed that resentment to God. I always give them the same penance: go home and get angry at God for at least ten minutes. Not only can the Lord handle that anger, but he wants that anger. He wants everything on our hearts, the good and the bad, because once we give him that anger and resentment, he finally has our permission to speak into it.

Finally, the last step is to listen. Sometimes the Lord will answer right away, sometimes he will not, but he is always working, and he will give us an answer when we are ready. Remember, his judgements are inscrutable and his ways unsearchable, so we are often not ready for what he has to say the first time we ask the question. Nevertheless, he will answer us. Sometimes, the answer comes in a recommendation for concrete action, like an approach we had not thought of before or the courage to do what we have been avoiding. Sometimes, the answer comes in the form of a different perspective, where the situation does not change but we do, often profoundly. And sometimes, the answer is that he has other plans which we may not observe or understand, that require us just to wait. I will admit, this last one is the most frustrating, but the Lord will also give us the grace to endure that waiting. The Lord always has an answer and he always has a plan, though he respects our free will enough to continue to allow our choices to frustrate his plans. Nevertheless, if we listen to him regularly, we can become allies, rather than opponents, to the work his is carrying out in the world and in our lives.

My friends, it is impossible to know the mind of God, and this is supremely frustrating. From our perspective, he often looks uninterested, incompetent, or even completely absent from our problems. Which is why St. Paul has to remind us that God’s Providence is so much bigger than anything any of us can comprehend. And yet, the Lord prefers to work with and through us rather than apart from us, and he has given us the tools we need to understand his counsels and align ourselves with his will. We simply need to give him our time, give him our hearts, and listen to what he has to say. He will take care of the rest. 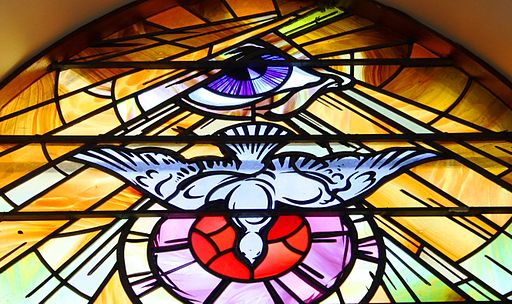