What does it mean to be an enemy of the Cross of Christ, an accusation that St. Paul makes against certain Philippians in our second reading?

Taken in isolation, this could mean anyone opposed to Jesus and the preaching of the Gospel. It could mean the Judaizers of Paul’s time, who preached that Christians had to be circumcised in order to be true believers. It could mean the pagan authorities, who killed Paul and would spend the next three hundred years persecuting and killing the Christians of the Roman empire. It could mean members of the nascent Christian community in Philippi, who professed belief in Jesus, but who never seriously committed to living out their faith. And St. Paul could very well have meant any of the above, since he attacks each of these groups in his other New Testament letters.

But in this passage, St. Paul does not call them enemies of Christ, he calls them enemies of the cross of Christ, something a little bit more specific. This seems to indicate that the people St. Paul has in mind are not opposed to salvation or even to the incarnation, but specifically set themselves against the fact that Jesus suffered and died, an inescapable fact when contemplating the cross. The next two lines bear this out: “Their God is their stomach,” is an obvious allusion to the idea that such people value their comfort, maybe even their decadence, over all else. And, “their glory is in their “shame,”” a phrase that, as best as I can tell from the Greek, should cause us to think about those people today who think it is funny to be gross or rude; basically people who are so focused on their own wills and desires that they have no regard for societal norms or cultural modesty.

And the great Christian heroes are the heroes of the Cross, the heroes who did the hard thing. In the first generations, we see hundreds, maybe thousands, of Christians being killed for refusing to burn incense to the emperor, for refusing to choose the state over their God. And, though martyrdom never ends in Christendom, in the next generations we see holy men and women who voluntarily renounce money, pleasure, power, and glory for the sake of Christ. Men and women who choose to do the hard thing because they wish to embrace the Cross of Christ for the sake of holiness and evangelization.

What could have motivated them to choose this path? What could motivate us to choose this path? Why would we ever adhere to a religion that requires suffering as a prerequisite for salvation? A religion that glorifies a God who was brutally tortured, and encourages its followers to unite themselves to this act of savagery, as though they were being tortured with him? Why would we ever choose to do the hard thing and accept the Cross?

Well, first, we choose to do the hard thing because Jesus chose to do the hard thing. Look at the Transfiguration described in today’s Gospel. Jesus is hanging out with Moses and Elijah, radiating as though he has already been perfected, when a voice comes out of Heaven to declare how awesome and important Jesus is. Do we really think that the Lord did not have options? That the guy who got so caught up in prayer that he made Heaven visible on earth, that he did not have the power or the influence necessary to avoid the Cross? He certainly did not want the Cross, as the episode in the Garden of Gethsemane makes clear, but he embraced it anyway. Once we fall in love with Jesus, once we begin to contemplate his life, once we begin to desire his presence, we quickly learn that choosing Jesus means choosing the Cross.

This is not to say that we have to self-flagellate or seek out extreme penances, though God does call some people to holiness through these means. We live in the broken world. We will always have suffering. We will always have the Cross. What sets a Christian apart is that, rather than try to eliminate this inevitable suffering, as, say, a Buddhist might, the Christian accepts this suffering, embraces this suffering, and uses this suffering to grow closer to Jesus on the Cross. Jesus’ sacrifice brought about the salvation of the world, and so our smaller sacrifices always participate in that salvation.

Second, we choose to do the hard thing because, in some mysterious way, God has ordained that the most difficult things are the most meaningful. A lasting marriage is hard. Raising children is hard. Career advancement is hard. And nothing is harder or more worthwhile than holiness. Growing in virtue, leaving behind our favorite bad habits, trying to choose the right thing even when our peers or family members will shun us: this is incredibly difficult. But it is worth it. The sacrifices and the sufferings that accompany holiness show us that we are on the right track, and that we are growing close to our suffering Lord.

As we enter more deeply into this season of Lent, let’s pray to God that he might grant us the grace to follow him to the Cross, whatever the Cross might be in our lives. Let us pray for the grace to do the hard thing, because it is in these little sufferings and sacrifices that we will find our closeness to Jesus. That we will find our salvation. 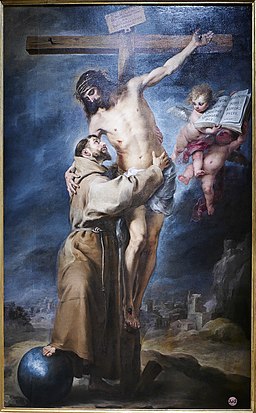